Marketing experts love to tell brands about the power of memes. They can be a potent tool for getting fans and brand ambassadors to have fun while promoting your brand. That’s a marketing dream!

But use them wrong and get ready to watch your meme get hijacked and turned against you, and your hashtag flipped into a bashtag.

The best defense is knowing some common pitfalls.  Here are three with examples:

1. Memes are a bad idea if your brand, organization, or the topic is controversial and polarizing.

If you’re looking to start an Internet troll war, or if you’re of the camp that any PR is good PR, sure, use a meme. But if you were hoping to secure a positive message, a meme almost guarantees a meme hijacking if you are a controversial or polarizing brand, or if the topic itself is controversial and polarizing.

Take the New York City Police Department who tweeted this on April 22: 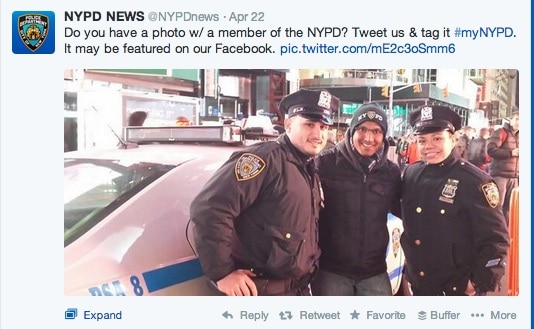 What could possibly go wrong? A lot, if you consider that the NYPD is a body of power in a time of high controversy and polarization around power. It was well meaning, but the hashtag was immediately hijacked and is still going strong with the majority of tweets highlighting police brutality and incompetence. 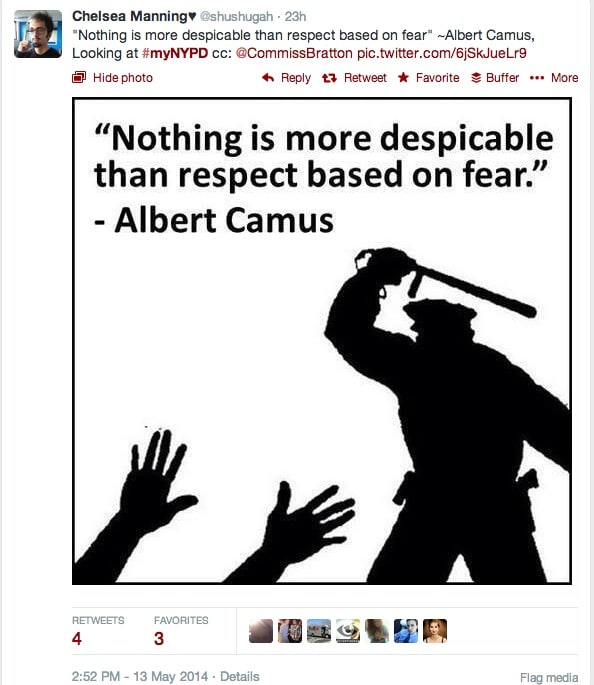 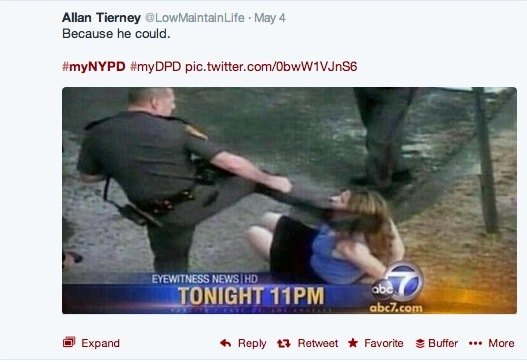 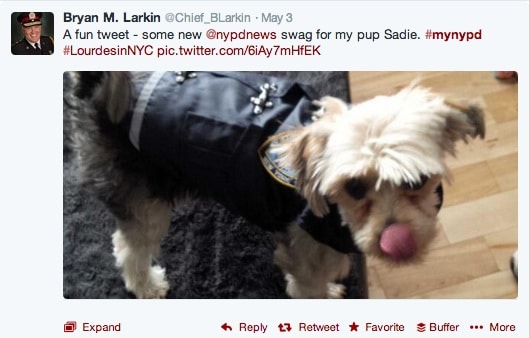 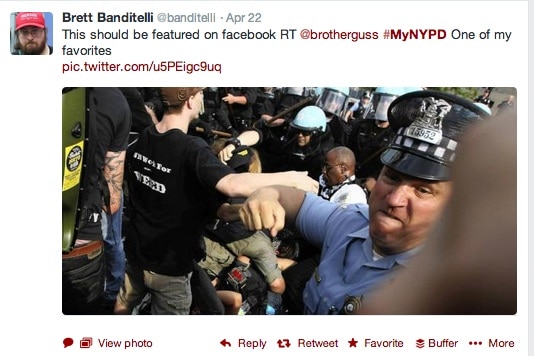 It’s not the whole story, but the NYPD failed to understand that in the current climate, putting a request with a hashtag like this out to the world is in effect handing over the mic to a bunch of people who think you need to be taken down a peg or two.

2. Memes that are tone-deaf to the perception of your brand invite public correction

McDonald’s is appreciated for what it is – cheap, fast food served by cheap, fast labor. Few would claim to go there for nutritional value, or fond memories. Yet McDonald’s seemed tone-deaf to this fact when they created the hashtag #McDStories hoping to generate a feel-good meme (sound familiar?).

The Twitter public swiftly moved in to correct the error.

Tweets continue to make use of the hijacked hashtag two years later. Ouch.

3. Just Asking For It

Everyone knows the Internet will jump on the first chance to relive their 8 year old selves. Doesn’t matter that they’ve got nothing against you, probably even LIKE you. Give them the ammunition, and the Internet will turn your innocent hashtag into a schoolboy dirty joke. Make sure you run that hashtag by at least a few fresh pairs of eyes before you make the same mistake Susan Boyle’s team did when they launched the hashtag #Susanalbumparty (Susan Album Party) which quickly got turned into this: 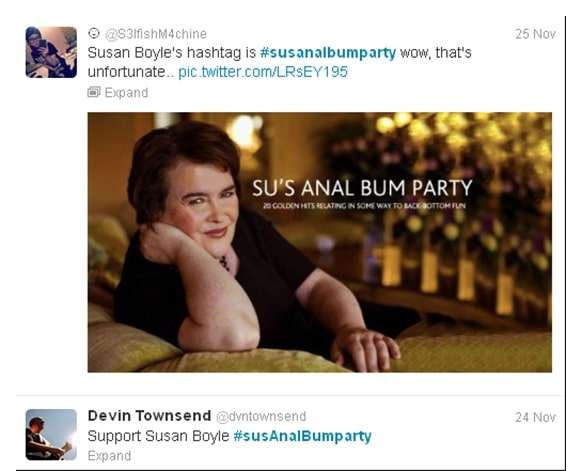 Are you ready to get started?

Join our community of brands who know there’s no getting around it. Customers still want and need a real human to attend to their issues when online, no matter the hour.